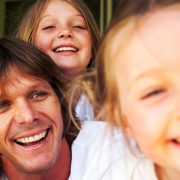 The nose is accented by intense aromas of apricot, quince, grilled pineapple and ginger spice.  The wine enters the palate fully and richly, with intense flavours of poached pears, quince, honey glazed almonds and ginger bread. There is a tannic grip to the mid-palate, leading to a clean, crisp finish. The wine embodies the perfect balance between acidity and sweetness.

3 in stock.
As our stock is sold through our two retail outlets and online, stock levels are provided as a guide only and are liable to change.

Miles Mossop Wines was established in 2004 as a family business with Miles Mossop as winemaker and viticulturist. Individual vineyards are sourced from all over the Western Cape of South Africa with a potential to produce specific wines for particular wine styles and blends Production is limited to 80 tons in total which results in 1800 cases of white, 2200 cases of red and a limited amount of dessert wine being produced. All the wines are made with minimal intervention and with limited use of new wood to retain the intrinsic varietal characters and terroir.

Miles’ wine foundation was laid early on in his life. He is the son of Kathy and the late Tony Mossop, a Cape Wine Master and distinguished South African wine authority. After graduating with a BSc in Geology, thereby setting his foundation for understanding terroir, Miles went on to complete a further degree in Viticulture and Oenology at Stellenbosch University, graduating “top of class” in 1998. He worked harvests with the legendary Gyles Webb at Thelema and Eben Sadie at Spice Route before stirring the lees as far afield as Knappstein in the Clare Valley, Far Niente in the Napa Valley and Planeta in Sicily. This first-rate experience, obtained in such a short space of time, brought him to the attention of GT Ferreira and he was appointed winemaker to the fledgling winery, Tokara, in 2000. In 2001 he married Samantha Fuchs.

Miles Mossop is the flagship range of wines dedicated to the Mossop family Each wine in this range bears the name of a family member. The Miles Mossop Kika (after Miles’s daughter) is a Noble Late Harvest made from 100% Chenin Blanc. Grapes were picked four times between the 26th March and 23rd April, including only bunches which were perfectly infected with Noble Rot and those with raisins. They were delivered to the winery and put directly into cold storage overnight to drop their temperature down to around 4 degrees Celsius. They were crushed whole bunch into bins for a four day cold soak after which they were pressed to 400 litre old French oak barrels where fermentation took place. The fermentation stopped naturally at a perfect balance of sweetness, acidity and alcohol. The wine was bottled in September 2019.