The case of six wines are curated to compare South African wines vs Wines from the rest of the world.

Deep purple, with a Violet rim. Aromatic mulberry and raspberry notes over a little hint of gunflint. Generous and juicy, the plate shows medium weight with ripe elderberry and soft tannin that draws into a rewardingly full finish.

The color is intense with violet tones, typical of this variety. The nose is expressive, dominated by fruity aromas of plums and cherries and violet floral aromas characteristic of Malbec from Uco. In the mouth the attack is round with fine, polished and dense tannins that give a magnificent center of mouth. The mineral character, the freshness, the subtle contribution of the oak and its long finish, make this wine an example of quality, elegance and excellence.

It has a pale ruby colour with primary fruit aromas of red fruit such as red plum, strawberry and red cherry. Secondary aromas of brioche due to the lees contact and ageing for one year in barrel. The palate is light and textured with a soft tannin. Good acidity, body and length.

“Red currant, cherry, pomegranate, a hint of rose, olive, white pepper and earth. The palate has excellent fruit purity to go with a great line of acidity and powdery tannins, the finish extremely long and dry.” – Christian Eedes

6 in stock.
As our stock is sold through our two retail outlets and online, stock levels are provided as a guide only and are liable to change. 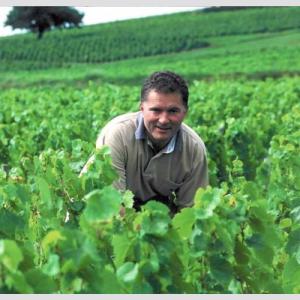 Starting with the Romans wine growing has developed since the 3rd century. Dominique Piron’s oldest known ancestor was born in Morgon in 1590. Since then there have been 14 generations of wine growers in the family. Morgon and Moulin à Vent wines have long been renowned among France’s finest wines. In a vineyard with difficult terrain− 30% steep slopes and a virtual patchwork of parcels Dominique Piron is engaged in sustainable winegrowing. On winegrowing land filled with old broken-down granite and schist the watchwords are natural balance and biodiversity. For vinification our goal is to create terroir wines wines of character that remain fruity subtle and elegant.

Founded in 1998 by Alex Dale, Radford Dale set about the Cape regions in search of exciting vineyard parcels for their chosen specialist varietals. Since 2009, winemaking and viticulture has been headed up by young-gun Jacques de Klerk. An ambitious winery, Radford Dale are early champions for the potential of Chenin Blanc, Elgin Pinot Noir, Swartland reds, and maritime influenced Stellenbosch Chardonnay. They are the first producer in 20 years to plant Gamay Noir, and their Pinotage expressions are increasingly well received by the international sommelier set. In 2020, they completed work on a small second winery to separate their organic wine production. Stylistically, the wines focus on varietal and site expression, with the team employing a low intervention ethos in the cellar.

Named Flechas de los Andes in homage to the five arrows(flechas) that symbolise the Rothschild family, the winery was created through the partnership of Baron Benjamin de Rothschild and Laurent Dassault in their quest for a great terroir at the foot of the Andes. The vineyard, which has been cultivated since 1999, enjoys a dry climate tempered by the high altitudes of the Andes (1100m): on this unique terroir, the Malbec grape variety reigns supreme. This partnership between the two families, as well as their common desire to produce an outstanding Argentine wine, gave birth to Gran Corte, a fine wine whose blend is mainly made of Malbec.

Former Young Gun, Bryan MacRobert, moved to Rioja 7 years ago to start Laventura. Today, his new terroir-driven wines are causing a fuss! ‘I want to make Rioja as it once was. I’m trying to make honest wines,’ says Bryan whose wines are refreshing, innovative and true-to-terroir style of Rioja. With cellars located in the centre of La Rioja, they source high-quality grapes from the whole region. The vineyards are often 40 to 90 years old and harvesting is done by hand. ‘It’s time to take Rioja far more seriously,’ writes Tim Atkin MW as the Rioja landscape changes dramatically.

David and Nadia Sadie head up their Swartland-driven project with passion while focusing on a range of organic, old-vine, dry land bush vine vineyards. They aim to produce fresh, natural wines with minimal intervention. They produce three different ranges of wines; the David & Nadia range, Topography range and Single vineyards range. Most of their grapes come from their winery on the Paardebosch farm with the rest sourced from other Swartland vineyards.